Pacts of non-interference. They sound benign. Innocuous. Courteous, even. But when the signatories are rising nations and tyrannous global villains, these agreements to keep one’s nose out of other people’s skirmishes presents Australia with a serious dilemma.

We know China’s Xi Jinping is a problem.

Anyone with half an ounce of sense has clocked a textbook nightmare brewing around the man Western businesses originally held as a figure of promise. The self declared Leninist heads a personality cult which demands worship of his personal thoughts to the exclusion of all other philosophy and religion. He has legislated dogmatic ethno-nationalism, interfered in foreign sovereign politics, and subjected the Chinese to a Social Credit System that denies basic rights to those who tremble under the weight of a paranoid State.

If you are able to coax an Australian politician into admitting that China treats international law like pirate code, they are quick to dig a trump card from their wallet. No, I don’t mean the actual Trump… Push an MP far enough with uncomfortable questions and they’ll cough up the promise of India.

India and its 1.3 billion souls weigh the world’s scales against China’s 1.4 billion. To the West, this pair represent metaphoric baskets where we have started confiscating eggs from Xi Jinping and offering them to Narendra Modi for safe keeping. There are lots of sensible reasons to do this. India is a constitutional republic albeit a complex one dragging broken limbs and leaking wounds. Its bones comprise majestic Silk Road civilisations, Islamic conquest and the democratic influence of British rule. It has been torn to shreds and rebuilt a hundred times while religious forces muddle borders and exert force on the remaining pieces that cannot decide if they want to conquer, cohabit or collapse. Those who lead this lumbering entity must keep an eye on hostile neighbours, including those who play it fast and loose with threats of nuclear war.

Australian MPs are hopeful about India because we share an aspiration to survive as independent, prosperous nations. We have fought together and maintain shadows of family bonds via the Commonwealth. As natural friends, India has plenty of future consumers desperate to lift themselves out of poverty with our resources despite shrieks from eco-socialist agitators.

During this flourishing trade love-in, Australia’s leaders have made an assumption and upon that unfounded assumption, they now wager our lives. It is taken for granted that India will rush to our military rescue if things go South with China. Dreams of India’s warships sailing out bow-to-stern with Australia’s military buoys Canberra morale. Unfortunately, we must assess countries based upon what they actually do, not what we hope they might do.

Dictatorships reduce the complexity of a nation to the persuasions of one man. To understand China, you unpick Xi Jinping but India is a democracy with elections and political parties under constant threat from the rise and fall of India’s social classes. It is essential to properly examine what they want out of the world and who is best placed to deliver it.

Given this, Australia’s next question should be, ‘Why did India join the Shanghai Cooperation (SCO)?’ considering it contains India’s natural adversaries and reads like a club of aspirational authoritarians.

A descendant of the Shanghai Five (China, Russia, Kazakhstan, Kyrgyzstan and Tajikistan), it later expanded to include Uzbekistan, India and Pakistan. These are not best friends but rather countries who are prepared to shake hands to keep the West out of their internal affairs. What is often forgotten in this suspiciously quiet alliance is that it represents half of Earth’s population, a quarter of GDP and 80% of the Eurasian continent. With countries like Iran, Turkey and Saudi Arabia waiting in the wings, its influence is set to grow.

Around its heart revolve two ideas: preservation of sovereignty and pacts of non-interference in domestic affairs, especially in defiance of humanitarian complaint. This is a shame for the Uighurs left to rot in Chinese concentration camps, but aside from the niggle of mass human rights violations, why does the West care? Here we come to the reality of non-interference…

If China decides to park warships in our ports – India will not interfere.

If China calls in debts on Belts and Road contracts – India will not interfere.

If China blocks fuel supply ships navigating through the South China Sea – India will not interfere.

Under pressure, India may even be convinced to punish us financially, taking the romance out of our alliance. So while embracing commercial interests, we must reflect with perfect clarity on the military powers at play. Friends and enemies are not the only consideration, as it is those who choose to remain silent who ultimately unlock the gates to global power.

In addition to sitting on their hands when it comes to each other, together they practice military cooperation to ‘use force or threat of force without the UN Security Council’s approval against countries or groups which seek to monopolise global or regional affairs out of selfish interests.’ Hong Kong’s woes are of particular interest considering Thomas Ambrosio’s warnings that the SCO is an attempt to ensure that liberal democracies never take root in Asia.

India’s participation has been the subject of intense speculation. Through superficial Western eyes, it is a perplexing anomaly but consider, what does India actually want? Sure, it has engaged itself in proxy wars with China but it always stops short, fearful of other nations emboldening Pakistan. Besides, India has much to gain from China’s efforts to secure trade routes via Iran and the SCO’s parallel banking system promises to free Asia from the US dollar.

We must consider that India has determined a world co-run by China and Russia may, on paper at least, better suit its aspirations. Whether India comes to our rescue will depend on their risk assessment of China as king.

I suspect our cry for help will be left to ring out.

By ellymelly – If you enjoy my work, consider shouting me a coffee over on Ko-Fi. 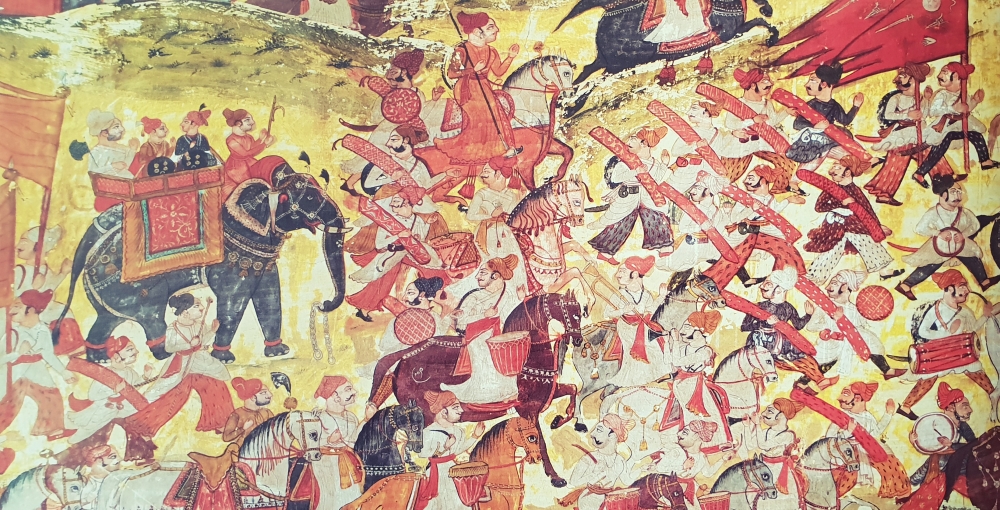